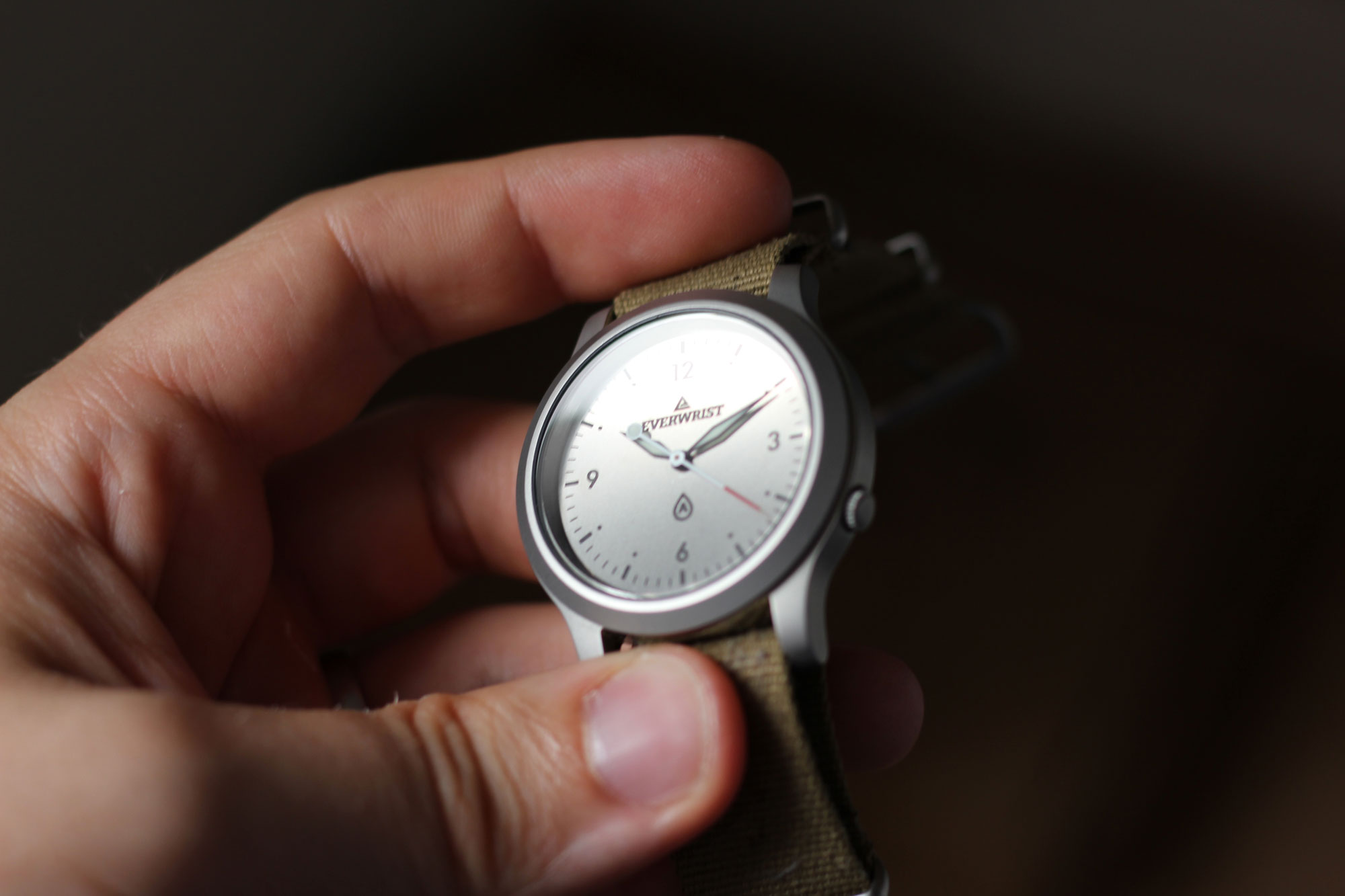 A SHORT HISTORY OF THE NATO STRAP

Many of you who have begun to explore the world of watches will be wondering what exactly a NATO strap is. Browsing the internet you will find one of these essential add-ons adorning the collection of many great watch manufacturers, both large and small. The NATO is possibly one of our favourite wristwatch accessories. Simply put, it is an extremely durable synthetic nylon watchband. These are popular with both military watch enthusiasts and urban style gurus alike. Often known as the “NATO” strap or “G1O”, due to their origins on the wrists of British soldiers and divers, the straps are the most durable, colourful, rugged and simple we have to offer. These straps are longer than your rubber, or leather variety meaning that they can be worn externally, over clothing whilst surfing or climbing. Along with the other attributes above, this makes them perfect for both casual and formal wear, and can even spur on the birth of a collection.

Interestingly, the term “NATO” did not originate due to the nylon accessory being developed for or by NATO soldiers at all. In fact, the name came into being as a shortened version of the NATO Stocking Number or NSN. The most common term used to describe the “NATO” was actually the “G10”. In 1973, the NATO strap made its debut and was released by the British MoD (Ministry of Defence) under a new defence standardisation policy. For military personnel and soldiers to get their hands on one, they would have to fill out a form known as the G10. They would then be required to collect the strap from their equipment depot of the same designation.

Though the MoD’s name for the strap was extremely generic, its practical specifications were distinct and extremely specific. The standard-issue straps were nylon, produced in an earthy shale colour known as “Admiralty Grey”, with a 20mm width and chrome buckles. A key feature of the strap was the second, shorter piece of nylon. The strap being used by military personnel needed to be functional, fail-safe and almost entirely indestructible. The extra nylon had a keeper at its end through which the main length of the strap passed after it had been fitted behind the watch case. This created a toggle-like action that would limit the distance the case could move along the band. As long as the strap was passed through the loop properly and sat snug on the wrist, the case would stay exactly where it was needed at all times. The benefit of the extra loop and the NATO strap being passed behind the watch was that in the event of a spring bar break, the watch would still remain secured to the user’s wrist.

Like the iconic Land Rover Defender, the NATO strap has gone under extremely limited modification since it was originally commissioned. The extreme simplicity and outright practicality of the NATO strap have made it a sought after essential for watch enthusiasts, adventurers and servicemen alike.

Not long after the original strap was issued by the MoD, the British military began wearing straps honouring their regimental colours. Over the last 5 years, NATO straps have been on the rise as a popular must-have watch and fashion accessory. While it may eventually fade out as just another trend, they don’t appear to be going away in the short term. NATO straps now come in a huge range of colours and sizes; a good one is a trustworthy essential with a rich history and an extreme measure of practicality.